Allow us to introduce you to our great team! 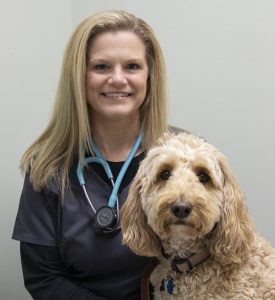 Kerry Blanton, DVM
Dr. Blanton is a 2000 graduate of Purdue University. She was born and raised in central Indiana, but has lived in various states including Texas, Delaware, and Oklahoma.  She and her husband John have two children – John and Olivia – as well as a few cats, a Chihuahua, a Catahoula mix, and several horses. Dr. Blanton enjoys reading, showing horses, and spending time with her family. Dr. Blanton has a passion for treating patients and enjoys working on complicated medical cases. She believes in working with owners to provide the best care possible for her patients. Dr. Blanton and the Animal Clinic of Columbus team sincerely hope you and your pets have a friendly and compassionate experience! 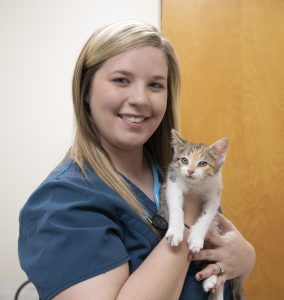 Cassandra Wells, DVM
Dr. Wells earned her undergraduate degree in Biological Sciences from Mississippi State University in 2016. From there, she was accepted into Lincoln Memorial University’s College of Veterinary Medicine in Harrogate, Tennessee, where she graduated Summa Cum Lauda in 2020. Dr. Wells was raised in the small town of Noxapater, Mississippi, and after she married a fellow Noxapater resident, Tyler Wells, in 2018, they both decided that the small town life was perfect for them. Together they share three pets which include the following: an Australian Shepherd named Banjo, a Labrador Retriever named Denzel, and a Calico rescue cat named Sushi. In her spare time, Dr. wells is an avid science fiction/fantasy fan and enjoys playing the Legend of Zelda video games.

Danielle Coe – Office Manager/Receptionist
Danielle has been working with animals for several years now. She has been with Animal Clinic of Columbus since 2013. She is currently working on obtaining her certification in Veterinary Technology and recently completed certification in Phlebotomy. She enjoys spending time with her son Brayden, especially watching his soccer, football and baseball games and just added a new daughter to her family – welcome Mairen!

Dana Jenkins – Veterinary Assistant
Dana is a 2008 graduate of Mississippi University for Women with a BFA in photography. She has been with the Animal Clinic of Columbus since 2017. She enjoys spending time with her husband Chris and son Caleb, going on nature hikes, photo excursions, and watching classic films. She has three dogs; Henry, Bokeh, and Suzy (The Suze), and two cats; Tuco and Rosemary.

Karley Keyes – Receptionist
Karley recently joined our team as receptionist. She is the friendly voice you will hear on the other end of the line when you call. Karley masters the phone lines, client check-in and check-out all while playing with every puppy she can get her hands on! She enjoys barrel racing and playing with her two dogs in her spare time. 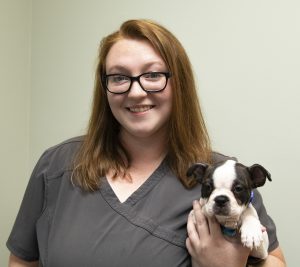 Brittany Farrell – Veterinary Assistant
Brittany began working at ACC mid-2019. She grew up on a farm with a passion for helping animals from a very young age. Brittany always greets everyone with a smile, no matter what the situation because she wants the best for both pets and owners. She has adopted two pets since she joined our team – a senior Rat Terrier named Daisy and Jade an adorable cat! During her spare time, Brittany can be found on hiking paths with friends or snuggled on the couch with her animals watching classic horror movies.

Matt Clem – Veterinary Assistant
Matt joined our team of awesome technicians in 2019. He has worked at veterinary clinics previously and would like to go to Mississippi State University College of Veterinary Medicine after completing a Masters of Business Administration. He has two really sweet cats and a cool dog. He enjoys outdoor activities such as camping and fishing in his spare time.

Emily Heinrich – Veterinary Assistant
Emily joined us early 2019 as a veterinary assistant. She is attending Mississippi State University as an Animal and Dairy Science Major with a concentration in Pre-Veterinary Medicine. She enjoys camping with her horses and going on trail rides in her spare time, as well as playing with her many canine companions.

Cassie Ingram – Veterinary Assistant
Cassie joined us in 2020 and has been a wonderful addition! She really loves working with all of the patients. Cassie has two dogs, Duke and Paisley, whom she enjoys taking for walks. 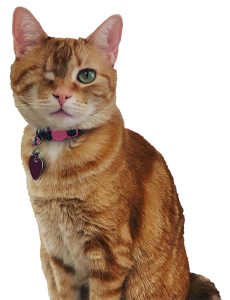